Mirror mirror on the wall, is this home the most retro of them all?

In the Chicago suburbs, a 4,256-square-foot residence replete with mirrors on nearly every surface — most prominently in its highly reflective kitchen — has sold, The Post has learned.

Located at 4 Cambridge Drive in Oak Brook, this 1979-built spread — which took a decade to decorate and still oozes a well-maintained 1980s look — traded hands for $699,000, according to Realtor.com.

But despite its undeniable decades-past charm, the new buyer reportedly plans to make changes — unlike the hordes of interested owners who had nothing but love for its shiny appeal.

“​I have never had a listing where so many people reached out to me who loved the decor, and/or were interested in purchasing the furnishings and art pieces,” listing agent Kathy Di Valerio, of Berkshire Hathaway HomeServices Chicago, told The Post. “One [prospective] buyer told me she wanted to purchase the home, and everything in it. She didn’t want to change a thing!”

The four- to five-bedroom home listed in March for $733,000 and, as described in its marketing, was an estate sale.

A brick exterior leads into a glassy interior. The listing images of the kitchen show mirrors covering the two-door refrigerator, the full-size dishwasher, the paneling surrounding the microwave and oven, as well as the cabinet doors. Elsewhere, mirrors fill walls of bedrooms — including in the bedroom whose bed has a mirrored frame, and another whose ceiling was dressed with rolls of fabric in a wave pattern. There are even glass panels along the walls of a basement-level recreation room and those of bathrooms, including one whose mirrors are colored gold.

“You don’t see much of the ’80s style anymore,” said Di Valerio. “And you most certainly don’t see an entire home that looks like it was in a time capsule for [decades], like this one was.”

Other images show a staircase with decorative lucite and reflective gold ornaments, as well as other non-reflective walls painted white, an all-white living area with a fireplace and even interior palm trees.

The owners, identified as Frank and Gloria, had different hobbies. Frank enjoyed cars — and the listing images additionally show a large garage — and Gloria enjoyed dressing her home. (She also seemed to have the master recipe for keeping the mirrors free of streaks.)

“When Gloria got the itch to decorate she’d decide which room she wanted to renovate, she’d choose a theme, she’d call her Interior Decorator, Irv Caplan, and off they’d go to the Merchandise Mart to make Gloria’s vision come to life,” Di Valerio added. “If Gloria and Irv couldn’t find exactly what they wanted, they would have furnishings and art pieces custom made to complete the room.”

As for the home’s other details, it stands on a .57-acre lot with a front porch. The foyer reaches two stories high, there’s a laundry room, a raised dressing area in the master bedroom and a sunken tub in its bathroom, and closets throughout. Outside, the deep-lot backyard comes dotted with trees. Nearby stands a patio with space for lounge seating.

Even thought the home is in new hands now, the original owners certainly left their mark.

“It took 10 years for this home to be completely pulled together the way Gloria wanted it,” said Di Valerio.

Sat Apr 16 , 2022
Text size Dreamstime As any futon-shopping college student knows, furniture is expensive. It’s no wonder then that lower-income consumers have long rented home furnishings rather than purchasing them outright. Yet Jefferies argues that in the age of subscription services, this trend is about to move upmarket, creating a billion dollar […] 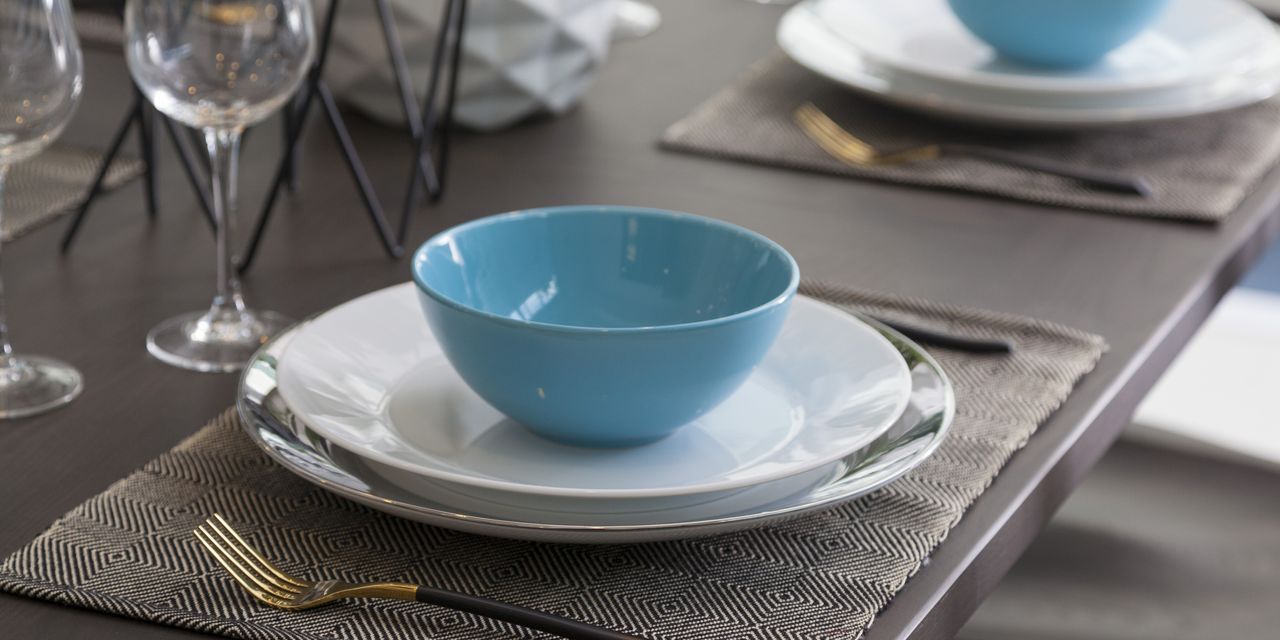