ENFIELD, Conn. – Gene Rosenberg, founder and chairman of the board of Planned Furniture Promotions and co-founder of Bob’s Discount Furniture, has died after a brief battle with cancer. He passed away quietly in his home in Connecticut, surrounded by his family. He was 86.

Rosenberg was recently diagnosed with cancer and entered hospice two days ago. He is survived by his wife, Anja, 4 children, 14 grandchildren and 13 great-grandchildren.

In 1962, Rosenberg and Paul Cohen started Gene Rosenberg Associates, now known as Planned Furniture Promotions. Remembering Rosenberg, Cohen said, “Who could have been so fortunate to have had a 60-year relationship with never an argument, misunderstanding, or mistrust, as I’ve had with my partner Gene Rosenberg.” 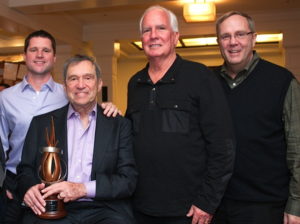 In 1991, Rosenberg and his cousin Bob Kaufman purchased a five-store waterbed chain, transforming it into a retail store offering high-quality furniture at affordable prices in a friendly atmosphere. That business grew into Bob’s Discount Furniture, which Rosenberg helped grow into a top 15 furniture retail organization with over $700 million in annual sales, prior to its sale.

“I have never met a more loving generous or giving individual I my life,” said Bob’s co-founder and president emeritus Bob Kaufman. “Our original staff used to say G is for Genius,”

In 2013, Rosenberg was elected to the American Home Furnishings Hall of Fame, then called the American Furniture Hall of Fame. In 2015 he turned the reins of Planned Furniture Promotions to his grandson Rob, naming him president of the company with Gene moving to the chairman’s role.

“We all owe so much to Gene. Over the 60 years that he and Paul have owned PFP, Gene has mentored and helped thousands of team members and their families,” said Rob Rosenberg, president of Planned Furniture Promotions. “He will be remembered as a hero by his family, a savior by his clients, an iconic legend by the furniture industry and as a mentor and friend to the PFP team. Most can only dream about leaving a legacy like that of my grandfather.” 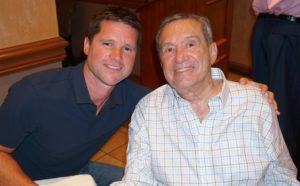 Rosenberg was well known for his leadership in the industry and for his philanthropy, especially with organizations that help children. One of the dearest to him was Camp Rising Sun, a camp for children with cancer. He founded Bob’s Discount Furniture Charitable Foundation which has raised over $6 million for several charities.

The funeral will be held at Beth Israel, 701 Farmington Ave., West Hartford, Conn., on Tuesday, March 1, at 11:00 a.m. A Celebration of Life will be immediately following at Farmington Club, in Farmington.

Sun Feb 27 , 2022
With laid-back, alfresco living at their heart, Mediterranean garden ideas are all about spending time outside with friends and family, soaking up the beautiful surroundings, and recreating the feel of sunnier climes. From the sleek and stylish gardens of Italy’s Amalfi coast, to the natural, rustic appeal of French farmhouse […]