And then, when I glanced at my pile of records and cassette tapes on the floor, I realized I needed a bookcase. And wine glasses. And maybe a console.

Like many cheap, aesthetically driven 20-somethings, I moved into my first “real” apartment with nothing but thrifted tchotchkes and a bare mattress. Just like my horoscope suggests, I’m a class act Libra: all of the bells and whistles, none of the bare essentials.

Which is exactly how I wound up at the Emeryville Ikea on a Saturday morning — hungry, tired and reluctantly searching for a bed frame. But much to my surprise, it was uncharacteristically quiet for a weekend at 11 a.m.

Atonal organ music was playing on the speaker system; families were lazily pushing metal shopping carts across the showroom floor. Just ahead, I saw a sign that said something about product shortages, but because I’m smart, I ignored it. After all, it’s common knowledge that we’ve been having “supply chain issues.” Even when I went to pick up a couple of Lack shelves — and quickly found out that none were left — I still didn’t think twice about it. I hastily paid for my $89 Grimsbu bed frame and reassured myself that buying the rest online would be easy.

When I started searching for furniture on Ikea’s website, I quickly learned that the product supply shortage is much worse than I initially thought — they’re currently experiencing “significant delays” due to COVID-19’s choke hold on the global supply chain.

When I last checked in mid-February, more than 500 types of shelves were unavailable at the Emeryville location, leaving me with practically nothing beyond the sad spice rack or picture ledge. No media consoles were in stock, either. Since then, I’ve been scouring sites like Nextdoor and Craigslist for secondhand Ikea goods, aggressively emailing my Oakland neighbors left and right and navigating a maelstrom of odds and ends.

So far, I managed to buy a sold-out Melltorp dining table from a guy in a minivan and have been lurking the Ikea website daily in search of bookcases and wine glasses (some of which sold right out from under me while I was still shopping). After obsessively clicking the refresh button for three days straight, I grabbed the last two white Lack shelves available in the East Bay — which ultimately made me wonder: in a post-Amazon world, why are people still so loyal to Ikea?

Lilli, a small business owner, interior design student and Tasker who I hired to help install my shelves (she was granted anonymity in accordance with Hearst’s ethics policy), theorized that Ikea is so popular because it makes high-end furniture accessible to the public. “If you want to buy a real vintage sofa, that’s going to be thousands of dollars, but you can get an Ikea dupe of that old vintage sofa for under $600,” she told me over the roar of a drill bit. “People just want to be a part of the trend.”

While Lilli makes most of her money building furniture for plebs like me, she’s also been making a killing buying and reselling vintage Ikea goods. Just recently, she flew to Detroit and bought a glass “mushroom” lamp — originally based on the Murano mushroom lamp by legendary designer Vetri — for $25. She resold it for $200. Demand is out of control, even at such prohibitive prices: On community sites like Facebook Marketplace, a set of Stranne table lamps can be bought for $50 and resold for up to $459.99. And on Chairish, a website that sells secondhand art and furniture, there’s an entire section dedicated to used Ikea goods that are now “crazy expensive” and sell for sometimes thousands of dollars over their original price. For hustlers like Lilli, it’s the finder’s fee that makes this line of work so lucrative.

“I am willing to go to like f—king Gilroy and talk to some man who lives in the woods and buy it [the lamp] from him. People don’t want to do that. If they did that, they could get it for $40,” she said. “I love weird old men with collections of weird old s—t.”

For now, she advises her “frustrated” clients to search for Ikea furniture on secondhand sites, which isn’t a bad idea considering that the manufacturer is raising their prices. “Higher costs have affected the global economy, and like many retailers, we have had to raise our prices to mitigate the impact on our business,” an Ikea spokesperson told me. “It is our ambition to continue to offer quality and sustainable home furnishings to our customers at an affordable price.”

Unfortunately, this home improvement nightmare may continue for most of 2022.

Jon Abrahamsson Ring, CEO of Inter Ikea — the group of companies that helps develop Ikea locations and connects them with suppliers — told Bloomberg News that he doesn’t think the company will “be out of the woods” by the end of its fiscal year in August. “This is a very big challenge for the whole supply infrastructure,” he said.

Experts predict the global shortage of consumer goods may continue for years. In December 2021, the Guardian reported that due to driver shortages, worker shortages, clogged container ports and COVID restrictions, it probably won’t fully resolve until mid-2024.

Ultimately, an Ikea furniture shortage may not be the worst thing happening in the world right now. But for many of us, shelling out hundreds or even thousands of dollars for furniture simply isn’t an option. And while it might sound absurd — and elitist — to complain about access to affordable, decent quality bookcases or lamps, it matters tremendously to many people, at all stages of life.

In a world that feels like it’s spiraling out of control due to disease, climate change and senseless war, our homes are our refuge, a way to protect ourselves from the constant cycle of dysfunction. Sometimes, finding a small corner for our records, tapes and books can make everything feel OK — even  for just one, quiet moment.

Mon Mar 7 , 2022
We all know spending time outside is proven to be beneficial for both your mental health and wellbeing. But while not everybody is lucky enough to have a garden, households boasting a balcony can also reap the rewards. Elin Harryson, in-house expert Swedish plant care app Planta, believes there are […] 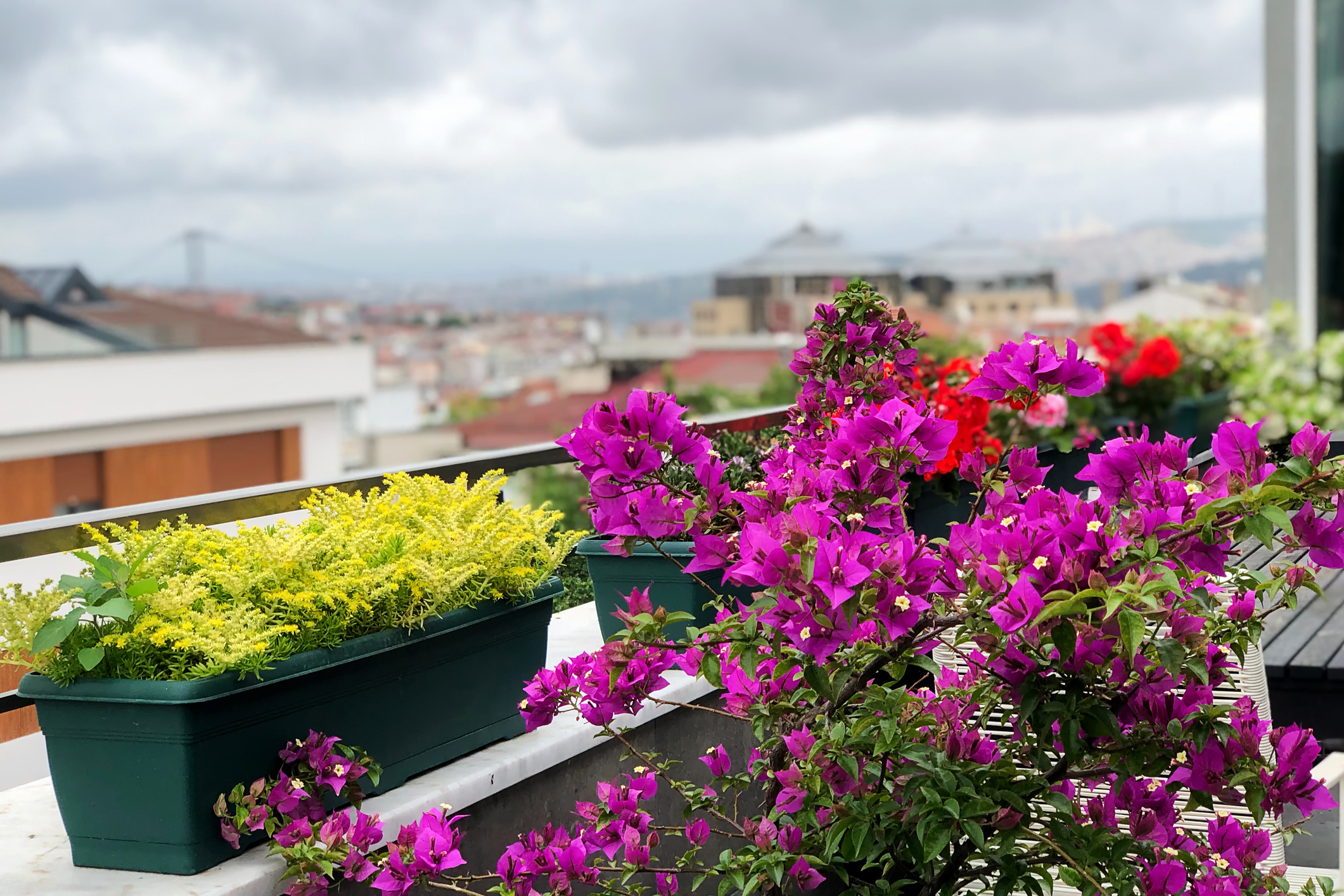