While we may not think about it, we do tend to spend a lot of time in the bathroom, so why not make it looks a little bit nicer. This list has some pretty (literally) alternatives to the drab and plain products you tend to find in the bathroom. From a wooden mat to a combination hamper and shelf, you’ll find things that are not only functional but make your bathroom look nicer. 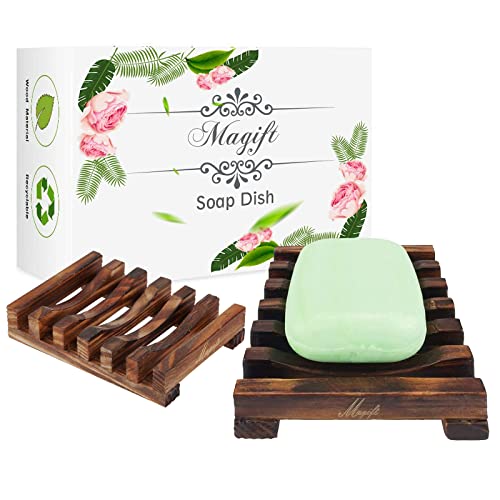 This shaped soap holder is a nice alternative to leaving a soap bar on the sink or a plastic bowl. Aside from being easier to use, it’s also charming to look at, especially if with a rustic bathroom theme. Of course, if you want something much fancier, this Dobbyby Ceramic Soap Dish screams gaudy excellence.

While we’re at it, why not get some pretty assorted handmade soaps to pair with your new soap holder, or maybe these White Tea and Ginger Soaps that look like both a mountain and an ocean at the same time.

Also, if you’re following the rustic design so far, this wooden toilet paper holder to put next to your toilet is really gorgeous. 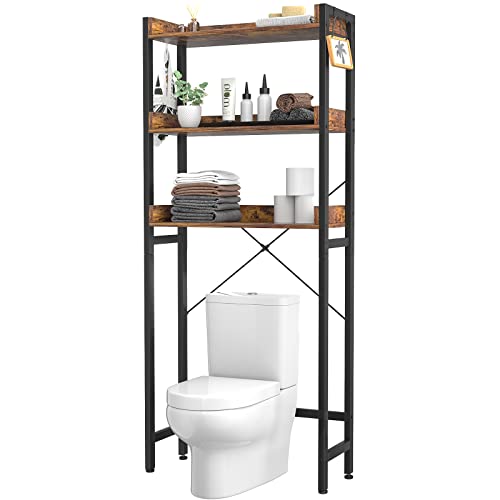 A common problem that a lot of bathrooms have is storage space, and utilizing the empty space over and around the toilet is a smart way to get around that issue. The Ecoprsio is a great option and even follows the rustic theme from before.

That being said, if you want a more modern version, the MallKing Toilet Storage Rack espouses modern minimalist in metal, while the Yaheetech Over The Toilet Storage Cabinet allows you to have internal storage of you need to keep some things protected.

While most people have a set of steel hooks or something similar for holding their towels, why not go for something that’s both smart and pretty in the form of these jumbo towel holder clothespins.

While it’s mostly ok to keep your earbuds in the plastic box, they come in, or your toothbrushes in a cup placed next to the sink, there’s no reason you can’t go for something fancier that just looked great. What’s better is that this set of mason jars, which come in sets of 4, 5, or 6, come in 20 different colors and a couple of other customization features like distressing and two different pump lid options.

Of course, if that’s a bit too expensive and fancy for your taste, these cheaper yet still simply stunning Amolliar mason jar sets are a great alternative that costs less than $20.

When people think of bathroom mats, they tend to think of something made of a soft material like cloth or maybe even wool, but why limit yourself to just that when you can instead get yourself a wooden bathroom mat. Not only is it pretty, but it’s also made of bamboo, so it’s eco-friendly, and it can withstand water, so it doesn’t get damaged.

Speaking of bathroom mats, we’ll also mention this cool-looking SlipX Solutions pebble bath mat for your bathtub. It’s an interesting alternative to the traditional rubber non-slip stickers placed in there, and it has the added benefit of helping soothe tired feet or backs.

While we’re near the bathtub, this caddy tray from Royal Craft Wood is such an elegant and pretty solution compared to the traditional plastic trays you generally tend to see. Not only that, but it comes in a variety of different colors, including pink if that so happens to tickle your fancy! 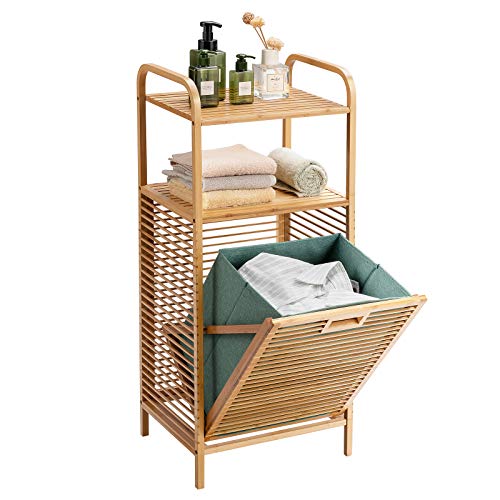 Laundry hampers can take up a lot of space, so not only does this combination hamper look great, but it also adds some much-needed storage space to your bathroom.

If you prefer something that’s slightly darker and has straighter edges, this combination hamper from Amposei is a good alternative to the one above.

Most towel warmers in bathrooms tend to be racks, but they can take up a lot of space, require a lot of installation, and also just generally start looking bad after a while. A great alternative is this bucket towel warmer that’s not only really pretty but also doesn’t take as much effort to set up and can be stored away when not in use.

Fri Feb 25 , 2022
Each product we feature has been independently selected and reviewed by our editorial team. If you make a purchase using the links included, we may earn commission. If the decor in your home feels like it’s missing some personality, you don’t have to spend a fortune for a refresh — […]