Making space for new growth is the key to securing your summer garden, but with so much ready to prune, it can be tough to know where to start. Whether you’re growing shrubs, grasses or a mixture of vibrant flowers the seasonal transition is the perfect time to give your plants some TLC. Express.co.uk spoke to award-winning garden designer Polly Wilkinson to find out exactly what you should be doing in your garden this March.

What to prune in March

While spring has arrived in the meteorological sense, the new season will not officially set in until the end of the month.

This three-week transition between winter and spring is the perfect time to prune plants ahead of their flowering period, but where should you begin?

Speaking exclusively to Express.co.uk, multi-award-winning garden designer, Polly Wilkinson said: “There is so much to prune at this time of year.

“For those in colder areas you may want to hold off until closer to April, but there is a long list of plants that can be pruned between now and early spring.”

Most of these tall, swinging grasses are left to stand during winter thanks to their long-lasting display, but by early March they can begin to wither away.

Old leaves and biscuit-coloured stems need to be cut back before new shoots emerge.

Miscanthus and Calamagrostis can be cut to the ground right now to make way for new growth.

Simply gather them up and chop at the base, but try not to cut any new green growth if possible.

This fragrant shrub is loved for its iconic colours and rich aroma, and now is the perfect time to give it some attention.

Give your established lavender plant a gentle prune to remove stragglers and improve the shape, said Polly.

Prune by half if you wish to keep the existing shape, or all the way to the lowest pair of buds – this is usually around 25-30 cm from the ground.

The time is right to give late flowering summer shrubs a vigorous prune, said Polly.

Focus on fuchsias and buddleja to secure fresh flowers and vibrant, healthy growth.

Polly said: “Use loppers and a pruning saw to cut back buddleja to around 30m above the ground.

“If you want the frothy, smoke-like flowers on your cotinus – don’t prune.

“But if you want the beautiful fresh foliage display, cut the stems back hard to two to three buds from the base – if you want both, cut a third of the stems – starting with the oldest.

Polly added: “Any herbaceous plants that weren’t cut back in autumn to provide winter interest in the form of seedheads can now be cut back.”

DON’T MISS:
Gardening: Alan Titchmarsh shares how to prune acer trees for spring [LATEST]
Monty Don shares the ‘one rule’ to follow when pruning the garden [REVEAL]
Gardening jobs to do this weekend: The 10 plants to prune right now [INSIGHT]

Common pruning mistakes you should try to avoid

While pruning is a relatively straightforward process, it could negatively affect the growth of your plants if done incorrectly.

Pruning too much, in the wrongplace or not pruning at all can all damage your seasonal blooms – but how can you avoid them?

As a general rule, unless it’s a shrub that should be cut back ‘hard’ such as Buddleja or Cornus, you shouldn’t ever prune more than a third of a plant at a time, any more than this and it can shock the plant, said Polly.

Pruning in the wrong place

It also matters where you prune. In most cases, you want to prune just above a node (where the leaf or bud emerges from the stem).

Polly added: “If you leave a lot of material above the node, you will be left with an unsightly stump of dead stem.”

Not pruning at all

While this one has an easy fix, it can be tough to know exactly when to prune your plants.

Polly explained: “Certain plants need to be pruned to be kept at their best, whether that be for shape, flowers, size or colour.

“Certain Cornus produce the brightest stems from new growth – so if you don’t cut it, you won’t get that pop of colour in winter.

“Other plants can be thuggish and take over, so pruning keeps them to the right size and prevents them becoming a congested mess.”

Tools and techniques play a huge role in the quality of your pruning, ultimately affecting the future of your plants.

Whether you’re dealing with shrubs, climbers or trees, Polly has revealed her top tips to live by while working through your early spring pruning.

Clean and sharpen your equipment

Polly said: “Blunt secateurs won’t give a clean cut, which will expose the plant to possible disease and take longer to heal than a good clean cut.

“Make sure to disinfect your tools to avoid spreading any disease from plant to plant.”

Sun Mar 6 , 2022
The Spring Home Improvement show has drawn good attendance this weekend at METRAPark. “The thing I love about the spring show is that the weather can be snowy outside and then you come in here and it looks like spring,” said Mark Hedin, promoter for the show. “Spring is sprung. […] 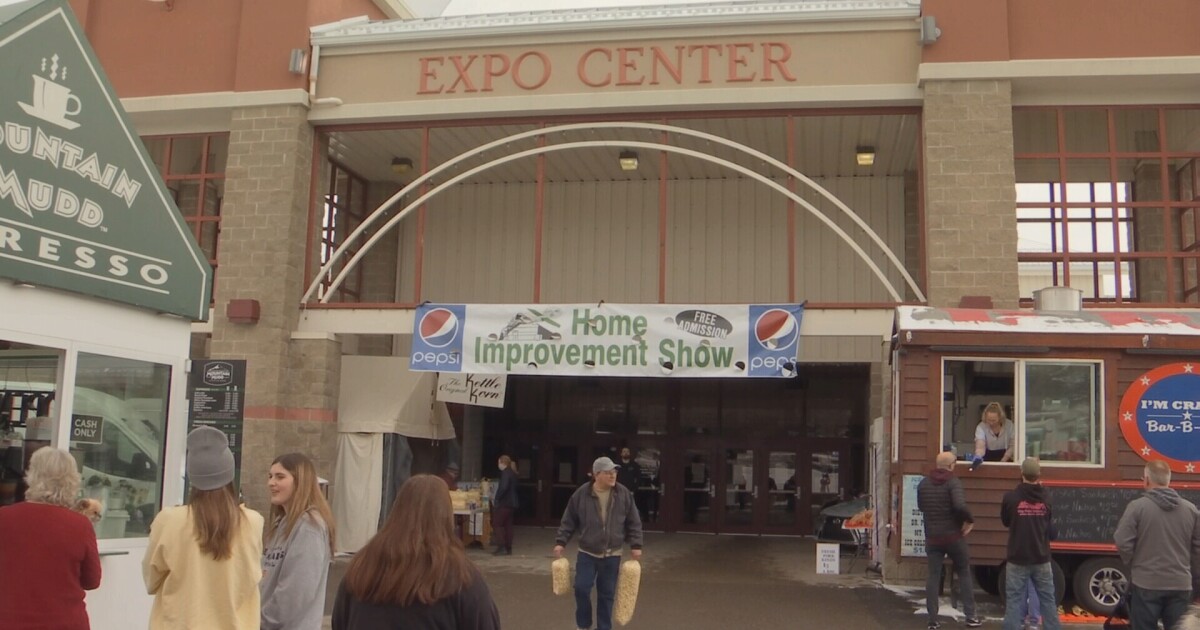