“Everybody wants to be where the action is,” Callahan said. One suggestion he makes is reserving the center island for a more social activity, like prepping, rather than the stove. Haefele pointed out the popularity of culinary shows to make the point that “everybody’s so interested in learning tips from other people prepping and cooking.”

Haefele acknowledges that most of the kitchens she works on are on the larger side, but that doesn’t mean that those with smaller flats are doomed to a dreary space. Hollis’s San Francisco home, for instance, features an integrated dining room, living room, and kitchen, and implements the “hidden kitchen” strategy in spite of its relatively compact size. “Our idea was, when entertaining, we could close the doors to this ‘back kitchen’ and hide the ovens and appliances, and just have a blank wall behind us,” she said, adding that pocket doors help to cover clutter.

When appliances will be on display, however, César Giraldo emphasizes to clients that selecting the right units is key. “An appliance package dictates the design of the kitchen—it’s critical,” he said. On that note, steam ovens seem to be having a moment, as they offer a healthy and more visually appealing alternative to microwaves. Hollis also adores her Gaggenau convection oven: “It has a camera, so you can watch on your phone what’s happening in your oven.” (Dinner and a show!)

Callahan emphasized that flexibility is another important factor to consider when selecting appliances. “Gaggenau has induction cooktops that are very flexible,” he pointed out. Their 400 Series line features one large cooking surface, so home chefs can work with the cookware they want, where they want it.

Buy now for unlimited access and all of the benefits that only members get to experience.

Ventilation, of course, is a key part of the equation in kitchen design. Though windows—especially ones overlooking a beautiful natural setting—remain one feature designers love, a ventilation hood can also be a showstopper in the right hands. “If you have to have a hood—if you’re not in a high-ceiling or open space—making a feature of the hood is part of the fun,” Hollis said. “We’ll commission a metal worker to do a cast bronze shroud around the hood, or maybe copper,” she explained, positing that those designs can make an architectural statement, and even a decorative one too.

From the conversation, this much was clear: Large or small, tricked-out or simple, the kitchen is one of the most joyful, social spaces in the home—now, perhaps, more than ever. Relaying this more sentimental side, Haefele summed it up eloquently: “Decor of course is important,” she said, “but I really think it’s about who you’re with, and being together with your loved ones and family.”

Sat Feb 5 , 2022
When asked for a portrait of their ‘typical client,’ New England-based designers paint a diverse picture. “Affluent professionals in higher-end neighborhoods and homes north of Boston through southern New Hampshire and Maine” are Danvers, MA-based Heartwood Kitchens’ bread and butter, according to owner and managing member Mike Serafino. “Family oriented […] 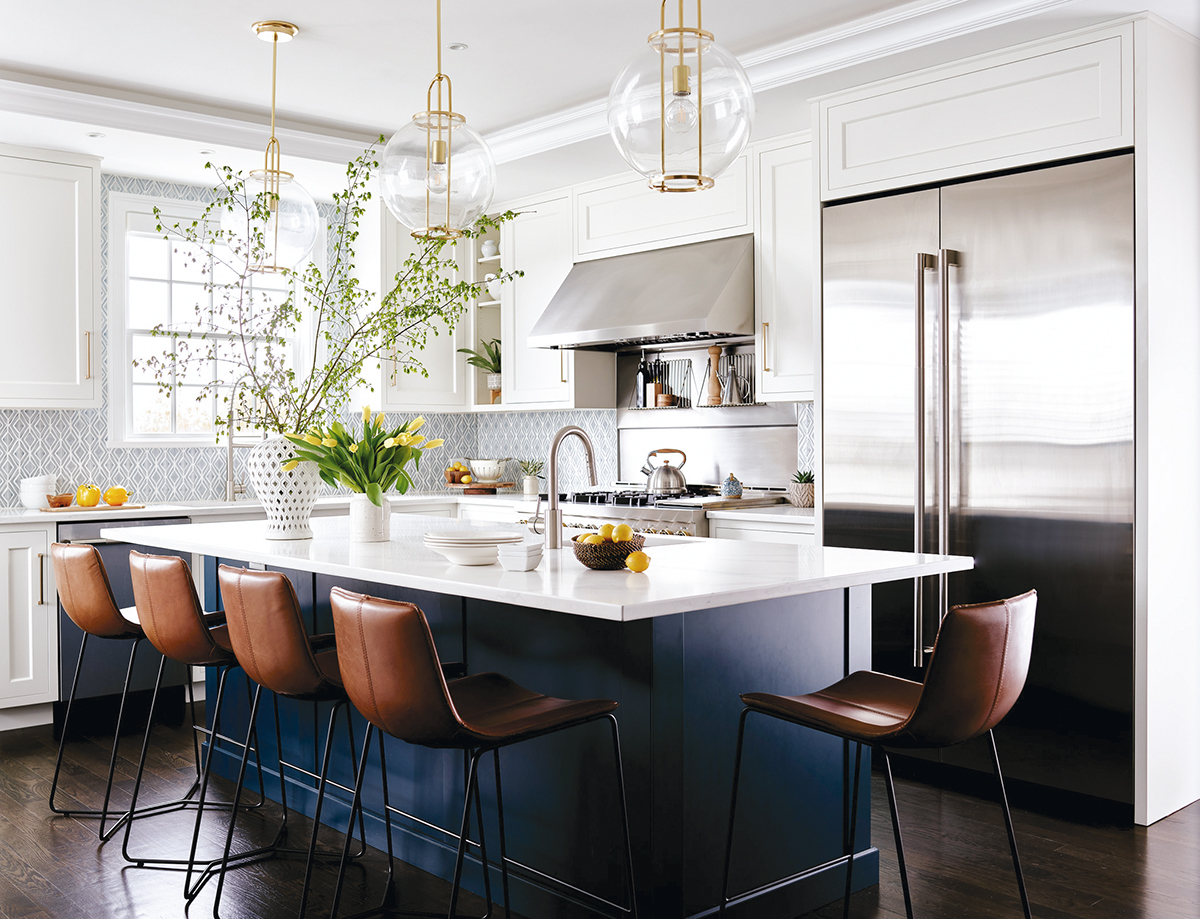